Musicians from far and wide to perform at Hiawatha. While all of the main stage performers are paid well, many choose to come to Hiawatha for less than they could get elsewhere. Why? Because of the atmosphere and the people they get to meet. From the very beginning, Hiawatha has presented artists who specialize in American traditional music, including bluegrass, old time, Appalachian, Finnish, French Canadian, Anishinaabeg and many more. The mission has always been to preserve these styles of music will be played in the future. But thee has always been an entertainment component of Hiawatha as well. Artists selected to play at Hiawatha are known to engage the audience, rather than simply play their music.

Hiawatha is known for dance. Organizers strive to feature traditional dance troupes on the main stage and to include traditional dance styles in the workshops. This is not always the case at folk festivals, but Hiawatha finds that it is an important part of the Hiawatha mission.

For the artists, performing at Hiawatha is unique because of the opportunities to interact with the audience. Although only the artists and stage staff are allowed on stage, beyond that the artists wander the festival, just like the participants. Workshops allow performers and festival- goers to share music and discussions in more intimate settings. There is not a huge separation between the artist and performer as there is at some festivals. When artists perform at Hiawatha, they know they will visit, an maybe play music, with dozens of people they’ve never met before. 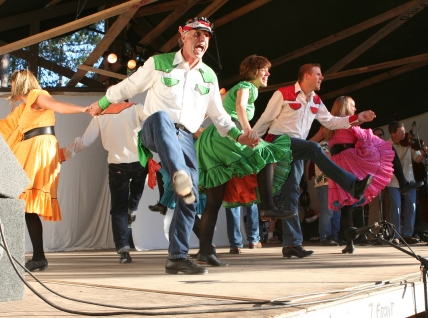 Green Grass Cloggers energize the crowd at the 2010 festival. 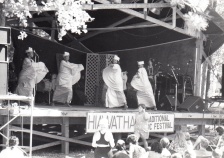 Pashami dancers dance on stage during the 1994 festival. 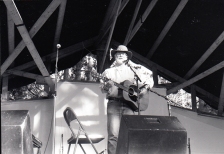 Bill Staines performs at the 1997 festival. 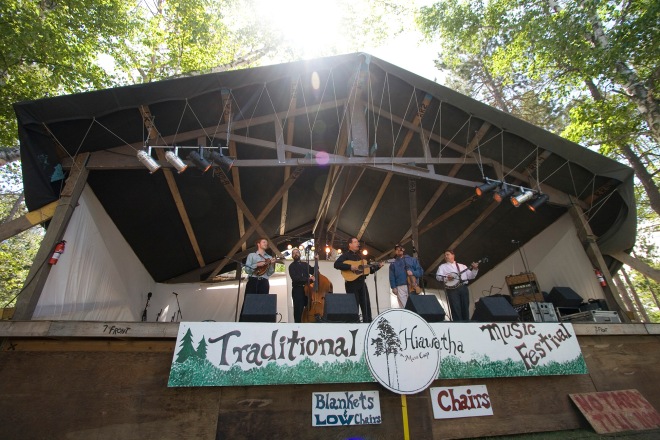 Mike Stiefvater talks about some of his favorite performers at Hiawatha and why it has such a great reputation for music.